December means time to get out the pens and sharpen up the drawing skills.
One page per day is the aim 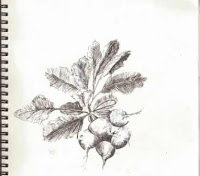 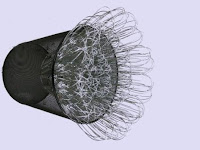 Final version of the sculpture created for the bundle theory theme.
Posted by fairmuse at 1:44 PM No comments: 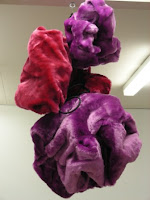 Final incarnation of the soft sculpture project for my semester at LaTrobe College of Art and Design
I abandoned the idea of hanging from the ceiling as it was not elegant.
Looked better mounted on the wall I think. 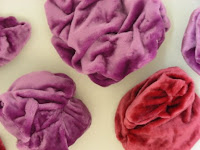 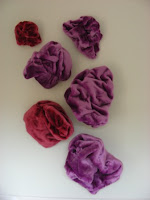 Posted by fairmuse at 1:37 PM No comments: 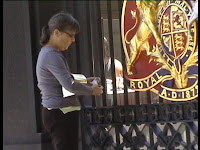 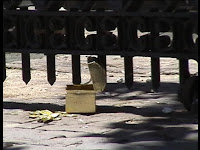 The final assignment I completed for the LaTrobe Sculpture class was a site specific sculpture. It had to be ephemeral and related to the site.
The site I chose was the Royal Mint where gold coins were minted.
Today it is a Greek museum, but the impressive Mint coat of arms remains on the gates.
So I stacked up gold coins on the gates and left a treasure chest at the foot of the gates.
This also related to the idea of gold paving the streets of Melbourne during the Gold Rush in the 1850s.
The next step was to photograph the elimination of the sculpture.
People were amazingly reluctant to remove the chocolate gold sovereigns. But eventually passers by collected the gold from the streets! 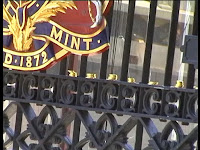 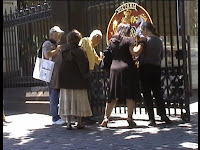 Posted by fairmuse at 1:21 PM No comments:

Entries for the Contemporary Artist Society Show next weekend. 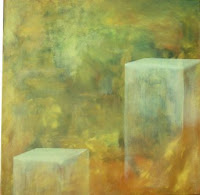 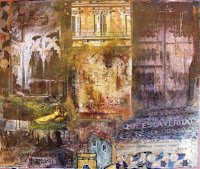 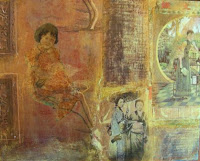 These are my entries for the 69 Smith St Two Feet Exhibition.
Three small works 24 x 20 cm.
I interpreted the theme (Two Feet) by using the image of the evolution of man rising to walk on two feet, and added the headlines from newspapers about sea levels rising two feet in the USA.
So through our evolution and development, we have compromised the earth on which we walk.
The exhibition opens on Wed 2nd but the official "launch" is next Saturday the 5th December at Smith St. 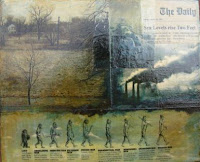 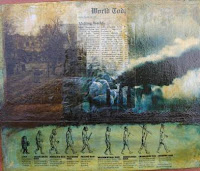 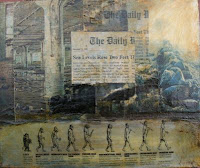 Posted by fairmuse at 1:13 PM No comments: