Two striking examples of portraiture
The first - Chris Marker's extensive display of passengers on public transport were wonderful. He managed to capture an inexplicable expression in many of these portraits. Sensitive and timeless images from a master.
The second set of portraits by Kutlug Ataman was displayed in the form of a wave suspended from the ceiling. They were small LED images of people who knew a Turkish philanthropist Sakip Sabanci. A novel way of presenting the images, to good effect I thought.
Both exhibits had a very direct human appeal and were a relief after lots of intense conceptual works. 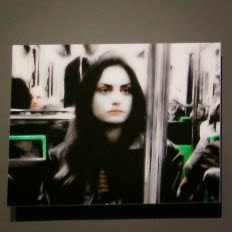 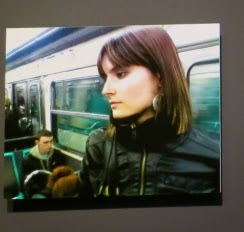 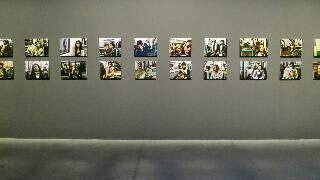 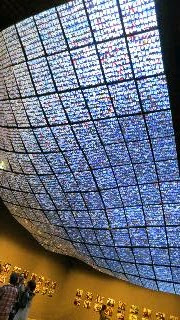